Two weeks since my last post, and as most of you know it’s been a big couple of weeks.

On Wednesday 22nd March, Londyn’s NG tube was removed and Dan & I moved into the hospital for a few nights. Finally we were almost ready to bring our baby home. Rooming in went reasonably well, although Londyn did lose a little bit of weight, so we ended up staying for 3 nights instead of 2. On the Saturday, after 72 days in hospital, we finally left the hospital to begin our new life as a family of 3.

It was a strange feeling getting up in the morning and not traveling to the hospital. Londyn settled in pretty well over the first few nights, although was quite unsettled on the Monday night.

On Tuesday, we had a quick weight check in back at Greenslopes, as well as a follow up with the lactation consultant (LC). Londyn had been quite tired and not feeding well on Monday night / Tuesday morning and had been vomitting a bit with each feed. When we were getting her weight checked, we saw one of the pediatricians in the nursery and along with the LC, they thought it may be reflux. They gave me a script for some medication and advised that if she wasn’t feeding well for the rest of the day to go straight to the ED at Lady Cilento Childrens Hospital (LCCH).

By late Tuesday afternoon, Dan and I decided we’d rather be safe than sorry and off we went to LCCH. To be back in hospital after just 3 days at home was very overwhelming. Londyn was extremely lethargic not really responding to anything.

The Drs and nurses in the ED were amazing and saw to her straight away. They took blood, urine and stool samples and closely examined her. After a few hours, we were admitted and moved up to a ward. This was a completely different environment to the hospital experience we’d had to date. She was in a massive cot, in private room on ward, not attached to any monitoring devices. Nurses came and took her obs every few hours, but other than that we were left to our own devices.

We ended up staying at LCCH for 3 nights. On the Friday, the results from her stool sample showed she had adenovirus. The Drs advised that there was no treatment as such – just rest and making sure she continued to drink.
Whilst we were in hospital Londyn had her eyes checked by the opthomologist. She is really happy with them and we just need to have one final check up next week.

Since being home, she has been doing really well. She is still having a bit of reflux, but that is settling down a little bit since being on the medication. She has also decided that the period of time around 8pm – midnight is her awake time so that’s definitely tested our sanity, but we are just going with it and trying to get her to have more awake time during the day and resting when we can.

This weekend Dan’s parents came up for a visit too. They at absolutely smitten with her taking advantage of the ability to have cuddles now (last time they visited she was still in the isolette).

The next few weeks for us are pretty busy with lots of appointments and follow ups for Londyn. These include GP check ups, hip ultrasound, eye check, pediatrician review, osteopathy consult, physio review, cardiology follow up, regular weigh ins with the community health nurse and probably others that I’ve forgotten.

This is all part of our new normal, but we are glad that we are finally experiencing this, rather than living our life in a hospital. 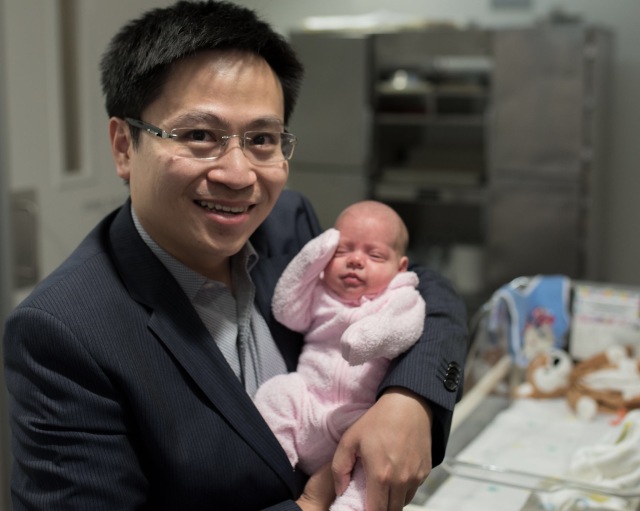 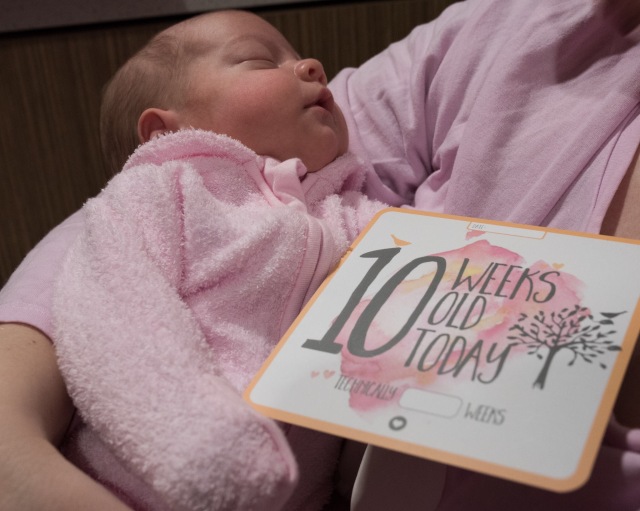