In the last 10 days Londyn has ticked a few more boxes on the road to getting home.

Londyn hit 37 weeks corrected gestation on Saturday which means she is officially classed as being ‘term’ and only 3 weeks until her official due date.

She had another ROP eye test on Wednesday where the ophthalmologist reported her right eye is looking great and her left eye is not far behind. As a result we have moved to fortnightly eye tests (instead of weekly) and will hopefully only need one more to be done. We will likely have this done at Lady Cilento Childrens Hospital as an outpatient.

Londyn also had her routine ‘term’ head ultrasound on Thursday. This was all clear and we don’t need to have any further checks in regard to this.

In QLD, there is a screening program called the ‘Healthy Hearing Program’. This is offered to all babies before leaving hospital and is performed with parental consent. The test involves the nurse placing several small sensor pads on the baby’s head, to record their response to soft clicking sounds that are played into their ears through soft earphones. Londyn had to wait until her was ‘term’ so had hers done last night and passed! We didn’t really have any doubts as she is so alert and responds to sounds and voices, but it is nice to know for sure that everything is ok with her hearing.

She has continued to do really well with her feeding and has been having 5-6 suck feeds each day with only 2-3 tube feeds required (mostly overnight). We have today decided (with the Dr) to change her schedule from 3 hourly feeds (where we were waking her for suck feeds during the day) to demand feeding. This means the feeds times are up to her. They will only let her go a max of 4 hours between feeds at this stage. This should allow all of her feeds to be suck feeds overnight as she will wake when she is hungry (or that’s the idea anyway). We’ll see how this goes overnight.

Her weight gain has continued to be really positive as well, which was something I was a little concerned with given the increased number of breast feeds she has been having. In the last 48hrs she gained 80g and along with other steady increase during the week, she now weighs 2.91kg! We are almost at 3kg and 3 times her birth weight.

Given Londyn had been caffeine free for over a week with no Brady’s or desats, on Friday we removed her sats monitor. This used to track her pulse and oxygen saturation and was connected to the wall so we were limited in regard to movement with her. This was replaced with a Graseby monitor which tracks her breaths and alarms if she doesn’t take a breathe in 20 seconds. We are also able to unplug this whilst she is out with us and it only connected when in the cot. It is so great being able to pick up and cuddle our baby without cables connecting her to the wall.

Londyn is also having more awake time during the day which is really lovely. We can’t wait to get her home where we can do more with her and stimulate her a lot more. It must be getting pretty boring for her in here.

We are so lucky to have such great nurses here. Often when we come in in the mornings or call overnight the nurses tell us that she has had lots of cuddles if she was unsettled. It’s really nice to know that they care so much for the babies in the nursery and take the time to cuddle them when needed. Londyn thanked one of our nurses the other night for her amazing care by having a massive poosplosion!! So bad that she had to give her a bath! I’m sure these are all things that we have to look forward to in the months ahead!!

We will keep you all posted with her progress and final steps to getting home, but we are almost there and it is so exciting (and a little nerve wracking)! 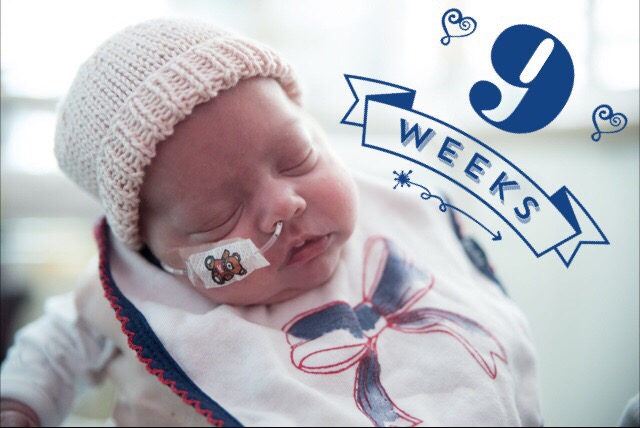 2 thoughts on “The home stretch”